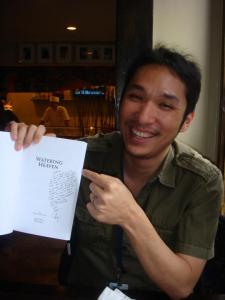 Peter Tieryas Liu is awesome. Just look at the picture above. He’s all smiles all the time. The guy’s the best, and then he goes and does something like this, recommending my latest novel. This guy is pure metal. Here’s a sample from his recommendation:

Michael Seidlinger’s The Fun We’ve Had is a mix of life, death, hate, love, a journey inside a coffin in the ocean, an allegory for the wars we wage against the inevitability of mortality. Like a modern Camus, nothing less than existence is at stake in Seidlinger’s latest voyage: “Each wave is its own feeling, rhythmic crashing of those that resist the tides… The waves are hellos; the incoming storm is the sincerest goodbye.” Sincerity, a struggle for candor, conflicted machismo, embroidered secrets that are exposed, armies of sharks, and the lines painted into the waves are the troughs and crests that fluctuate through the spectrum of human nature. 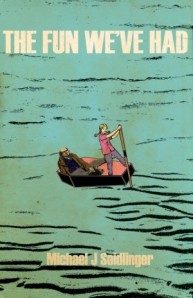